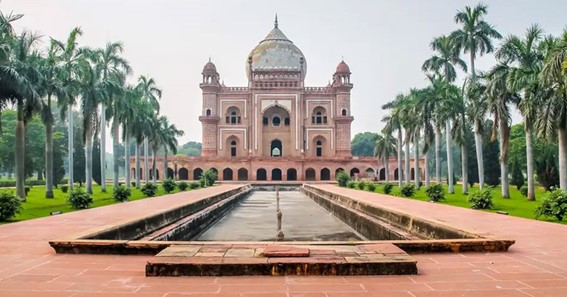 Do you want to visit the capital of India? It’s a good idea. Because in India you will get a chance to see the traditional as well as the modern culture simultaneously. India or officially the Republic of India is located in South Asia and is the 2nd most populous country in the world after China. And the 7th largest country by area in the world. The democracy of India is highlighted all over the world and it is also famous due to its world’s largest constitution. So, without further delay let’s learn more about the capital of India.

The capital of India is New Delhi, which is located in Northern India, besides the capital, New Delhi is part of the National Capital Territory of Delhi or in short NCT. It is the seat of all three branches of the Government of India, the Supreme Court of India, and hosts the Rashtrapati Bhavan.

New Delhi was designed by British architects Edwin Lutyens and Herbert Baker. It shares a border with its neighboring states, including Noida, Gurgaon, Ghaziabad, and Faridabad.

In India, there are a total of 28 states and 8 union territories. So, the name of the states of India and their capital are mentioned below.

When Did New Delhi Became The Capital Of India

In 1931, New Delhi became the capital of India. Before New Delhi, Kolkata was India’s capital during British Rule. The British have ruled India for nearly 150 years therefore, old India is also called British India. Let us go into detail and learn some history of New Delhi.

If you plan some time for a visit in India then you must know some basic information on that. Here are small details mentioned below

The climate of New Delhi is hot and semi-arid in nature. Winters are dry and cold with some humidity. Summers are usually very hot with dust storms, relatively dry. The highest temperature record of New Delhi is 48.4 degrees C.

New Delhi is the largest commercial city in India and it has an estimated net State Domestic Product of INR 1,595 billion as of the financial year 2010. The main factors to boost its economy are the Government and quasi-government sectors, Information Technology, Telecommunications, hotels, banking, media, and tourism.

New Delhi hosted the Hockey World Cup of 2010 and also hosted the Nehru Cup, Cricket World Cup. Football is the 2nd popular sport after cricket and the international football tournament organized by the All India Football Federation.

Place To Visit In New Delhi

Place to visit in New Delhi are

What Is The Old Capital Of India?

The old capital of India was Calcutta.

Was Bombay The Capital Of India?

No, Bombay or currently Mumbai is the capital of the Indian state of Maharashtra.

Why Is New Delhi The Capital Of India?

New Delhi is the capital of India because of the city’s symbolic value in India.

Is Mumbai Or Delhi The Capital Of India?

After independence in 1947, New Delhi continued as the capital of the Dominion of India, and after 1950 of the Republic of India. Delhi ranks fifth among the Indian states and union territories in human development index. Delhi has the second-highest GDP per capita in India (after Goa).

In this article, you have learnt what’s the capital of India? And now you know it is New Delhi. Above, I have mentioned the state and capitals list and other significant facts about New Delhi in order to make you familiar with it. When you visit New Delhi you will experience the amazing combination of old and modern India. And also, you can taste the mouth-watering traditional food, snacks, and you will not control yourself from doing street shopping here. And, definitely, you will never forget about the capital of India.

To Know Some Great Stuff Do Visit BeingCost

To Know Some Great Stuff Do Visit BestMoviesIn

To Know Some Great Stuff Do Visit BioCaptions

To Know Some Great Stuff Do Visit BiosWikis