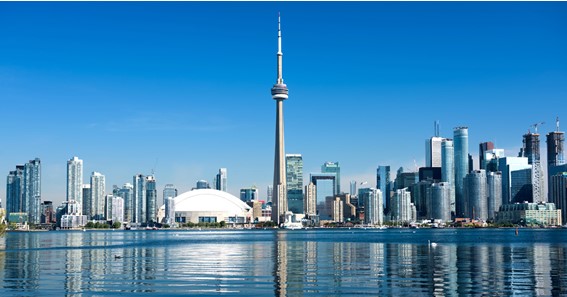 Guess the name of the capital of Canada. Don’t Know? It’s okay, I will introduce you to it with the help of this article. Before knowing the capital city of Canada, you must know something about Canada like its location, history, etc. Canada is a popular country located in the North American continent. It is made up of a total of 10 provinces and three territories extending from the Atlantic to the Pacific and northward into the Arctic Ocean. Now, let’s know the capital of Canada?

The capital of Canada is Ottawa which is the second-largest city in Canada. In 1857, Queen Victoria chose Ottawa as Canada’s capital because it was a suitable location located on the border between Quebec and Ontario.

Ottawa is home to the meeting place of Canada’s House of Commons and Senate, Parliament Hill. It is a famous city because of its Cultural Destination, with important museums such as the National Gallery of Canada.

Toronto is also Canada’s capital but it is the corporate and Financial capital and also home to its five largest banks as well as the 3rd largest stock market in North America. In Canada, every province and territory have their separate capital. Do you know? The capital of Alberta Canada in Edmonton and it lies along the North Saskatchewan River in the central part of the province.

When Did Ottawa Became The Capital Of Canada?

Ottawa became Canada’s capital in 1857 and it was selected as a capital by Queen Victoria. Ottawa was originally known as Bytown, it was a very small lumber town, very isolated as well.

Ottawa is located on the south bank of the Ottawa River in the Eastern portion of Canada. It evolved into the political center of Canada and its original boundaries were expanded through multiple annexations and were ultimately replaced by new city incorporation & amalgamation in 2001 which significantly increased its land area.

Let’s see more about the capital of Canada’s history in short,

The climate of Ottawa is Humid continental with four different seasons and between Zones 5a and 5b on the Canadian Plant Hardiness Scale. The average maximum temperature of July month is 26.6 degrees C and it’s of January is minus 14.4 degrees C. Now, you can guess the variation in the climate of Ottawa. Here, summers are warm and humid.

Ottawa is the home to four professional sports teams and they are the National Hockey League, the Ottawa Titans of the Frontier League, the Canadian Football League, and Atletico Ottawa of the Canadian Premier League. In 1893 with the Stanley Cup, Ice Hockey began in Ottawa and dominated over the world during the first quarter of the 20th century.

According to some reports in 2015, Ottawa has the 6th highest total household income of all Canadian metropolitan areas. The primary income source of Ottawa is the Public service of Canada and the High-Tech industry. Besides, healthcare and tourism also represent increasingly sizable economic activities.

Ottawa is situated on the south bank of the Ottawa River and contains the mouths of the Rideau River and Rideau Canal. And during winter season Ottawa city forms the world’s largest skating rink, its length is about 7.8 Km.

Places To Visit In Ottawa

Does Canada Have 2 Capitals?

Yes, Canada has two capitals, one is Ottawa, and another is Toronto. Toronto is the corporate and Financial capital.

Is The Capital Of Canada Ottawa Or Toronto?

Ottawa is the main capital city of Canada but Toronto is one of the Canadian provinces’ capital and also the financial and corporate capital of Canada.

How Many Capitals Are In Canada?

In Canada, there are 13 capitals in total but because Canada has a total of 13 territories and provinces and every province and territory has a separate capital. But, when you talk about the main capital, it is only one and is Ottawa.

Was Toronto Once The Capital Of Canada?

Not once, Toronto was twice the capital of the united province of Canada. The first time from 1849 to 1852 and the second time it served as the capital from 1856 to 1858.

What Is Canada’s Main Culture?

In its broadest sense, Canadian culture is a mixture of British, French, and American influences, all of which blend and sometimes compete in every aspect of cultural life, from filmmaking and writing to cooking and playing sports. Other peoples have added distinctive elements to this mixture.

Why Toronto Is Not The Capital?

Toronto and Montreal represented the English and French parts of Canada. These two cities were the largest in Ontario and Quebec, which were at the centre of Canada in the mid-19th century. Picking Ottawa was a good compromise, as the Queen did not want to appear to favour one major city over the other.

After reading this article you have learnt what is the national capital of Canada and its answer is Ottawa. Also, you have cleared your confusion about whether Canada’s main capital is Ottawa or Toronto. Canada also has another capital and it is known as the Christmas capital of Canada which is Winnipeg. Above, I have mentioned a few facts about Ottawa in order to make you aware of Ottawa in depth. So, you have gained knowledge of everything regarding the capital city of Canada.

Hope We Have Covered All Your Queries Regarding Capital Of Canada

Ottawa Is Capital Of Canada

Ottawa Is The Capital Of Canada

Ottawa The Capital Of Canada

The capital Of Canada Is Ottawa City

What Is The Capital Of Country Canada?

What Is The Name Of The Capital Of Canada?

What Is The Name Of The Capital Of Canada Country?

Ottawa Is The Capital Of Which Country?

Which Is The Capital Of Canada?

The capital Of Canada Is Ottawa

To Know Some Great Stuff Do Visit fixznow

To Know Some Great Stuff Do Visit turnoffme

To Know Some Great Stuff Do Visit turnonx

To Know Some Great Stuff Do Visit MakeMet